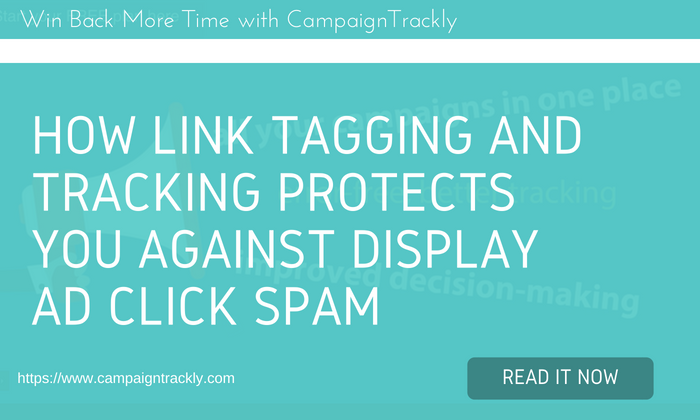 How Link Tagging & Tracking Protects You Against Click-Spam

Have you been in a situation where data was your only friend when trying to save your budget?

This is an actual story that happened to a member of my team and it was thanks to our tracking links and analytics data that we were able to prevent a chunk of our funds going to waste.

As a marketer, November and December are my most favorite months. Why? You know what happens towards the end of the year – when you start reconciling your budget, you might find a few not-so-empty pockets here and there with a bit of leftover money from an activity or two that didn’t utilize all their funds…

And that’s such a great surprise because you can SO make use of this last-minute bonus to give your brand or products one last push and drive some more revenue before the year is over! But how do you go about spending your newly uncovered budget in the eleventh hour? You go with the obvious choice – a “no-brainer” banner campaign on a high-visibility industry website.

Display advertisement on well-targeted online platforms has numerous advantages and can be pretty effective – and pretty quickly at that. What’s not to love about this setup – you have the right audiences viewing your banners at the right time – just when they are actively looking for products and services similar to yours (hence the “no-brainer” reference).

And here is where making sure you have tracking links in place for your banner campaigns becomes critically important.

Like I mentioned above, this is an actual real-life story… In November, one of my team members was approached by this “high-visibility” industry website. They shared stats and info and assured her that a campaign with them would be a great win since there is a huge overlap between our target audiences and their web users. The impressions and click-through rates seemed pretty good and their sales rep sounded quite confident about their ability to deliver great results for us.

We happened to have some leftover money from another activity that didn’t pan out, so despite the price tag, my co-worker decided to give it a go. She was assured that their audience was much more engaged than the average for the industry, so we would be thrilled with the outcome of the campaign.

The final agreement was that they would feature our banners on two of their weekly newsletters. Being a sponsor in the email of a vendor claiming 1.9 million engaged users looked like quite the steal. The GBP 5,000 that they charged for each campaign was estimated to be a good investment, based on their numbers that we used to ball-park our potential results.

When the Results Speak for Themselves…

What was my co-worker’s surprise when she found out that the email only went to 80,000 users – I wonder what happened to the millions that were mentioned during the sales process. There is more though – the newsletter wasn’t even a newsletter, but an email that only featured 7-8 job listings and nothing newsletter-y that you would expect.

We were never told how a job listings email would be of interest to our target audience (we market to higher education admissions and marketing people). Because the email had very low open rates – unlike the rates that were advertised, the impressions were quite low, as well. Clicks were dismal.  But we were assured that the 39 clicks we got were from really relevant users. These translated into 36 actual visits to the site, which, sadly registered unusually high bounce rates, way higher than our usual campaigns (that was no surprise given that there was clearly no fit with the audience and its needs).

What we had on our hands was a clear example of a badly targeted and delivered campaign and all the numbers were there to prove it. Yet, the advertiser continued to insist that they did the best they could and the 36 visits could be a blessing in disguise because we actually only needed one closed deal to offset the cost of the campaign.

My co-worker was understandably quite upset about this whole situation, especially because she didn’t want to see more of our money go to waste. She tried to cancel the second “newsletter campaign”, but the advertiser refused to honor her request or accept the reasoning that she presented.

When to call Google Analytics and your tracking data to the rescue….

I thought it would be a good idea to check the clicks and visits in our Google Analytics instance. Afterall, before sending the banners and the links to the advertiser, we set up UTM-based tracking for our landing pages. Lucky for us, we have a well-established process and we never send out any campaigns without setting up link tracking first.

To our dismay, 20 of the 36 visits came from the same IP address, the same city, and the same domain – an online retailer for printers. Why we had these multiple clicks from the same source was a mystery to us. Our analysis also showed that the geography was not the right one and almost all of the rest of the visits came from entities that had nothing to do with what we signed up for. Considering that the target audience of our campaign was comprised of university and business school admissions and marketing officers in a specific geographic area, it was hard to call it a success when only a couple of visits were on target.

So we talked to the advertiser and showed them the hard data that we got from Google Analytics. Thankfully, we had just the right proof in place to show them that there was something wrong with their campaign.

We were able to “set ourselves free” and salvage the remaining GBP 5,000, which we now could spend with vendors that we could trust.

While I definitely hope that what happened to my co-worker is not the rule, but rather the exception, it was amazing how a simple tracking setup not only proved to be extremely useful but also enabled us to save our money from going to waste.

If you are looking to start tracking your campaigns but are concerned that it is a complex and difficult process – why not give our tracking automation tool, CampaignTrackly, a try? Not only will it make it easy for you to adopt best-practice tracking with minimal learning time; it offers ready-made UTM tag templates, 20+ automation features, dashboards, and great tutorials to get you started in no time.

Now over to you – have you had a similar experience, where data has helped you get out of a sticky situation? Would be really great to hear from you:).

Have analytics or ROI questions? Catch me on Quora or email me directly. 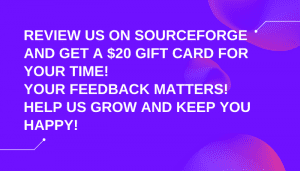 Get $20 When You Review CampaignTrackly on SourceForge 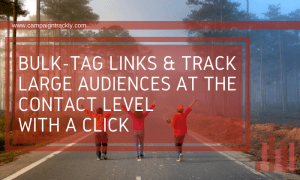 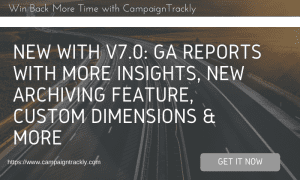